For the sake of understanding, I will break it down into episodes based on the chronology of how it occurred to me.

As a hands-on tester, one big problem I faced is the time to report bugs when testing on a mobile phone. Take a screenshot – send it over email – download it on the laptop – again upload to Jira and write the bug report. Every bug I found – I wasted 15 minutes in reporting it and hence it slows down my testing. Also, I don’t want to spend time writing steps to reproduce for things that are obvious.

As a passionate tester, I wanted to

That is how Bugasura was born!

Back in 2006, I worked at a company where every time I reported a bug – the dev would get a notification and they would call on my desk phone and say, “Come and reproduce in front of me”

As odd as it sounds, every tester in my team faced the same situation and they would go, err, reproduce the bug in front of the dev.

Every bug the tester finds – 20 minutes is spent on going, showing, coming back – and getting back into the flow of testing.

I asked the developers, “If all we need to do is to show you the bug – why am I wasting time writing bug report?” and that is when some devs shared that not all testers are good at expressing what they did and what they saw and what they think. Sometimes – it might also be a lack of investigation.

I setup a protocol with the developers I worked with. If you don’t understand the bug report I write – please give me feedback but please don’t keep saying, “Come and reproduce in front of me”

When I was building Bugasura – all those developers and my fellow testers came in my mind. I need to save testers from this menace.

With Bugasura – people get the whole flow, tap, scroll, data entered and location of the bug. Don’t reproduce in front of anyone!

There are two sides of the IT industry

Type 1: Has trust deficit on the people it hires,

Type 2: Has people who don’t know to translate the trust into visibility.

Plenty of people’s time is wasted in the name of reports. I love writing inferences of my observations and not writing what I did, which device I tested on, how long did I test.

Bugasura is an automation of the visibility of testing. Bugasura helps in automating reporting – saving time of anyone who tests in an organization so that more time is spent doing test coverage and finding more bugs.

Organizations who look to help their testers are adopting Bugasura. 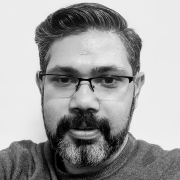 Pradeep Soundararajan
Pradeep Soundararajan is the Chief Servant to Employees and Customers of Moolya Testing, a company he founded. He has been a Tester, Independent Consultant, Test Tool Developer (using Perl), Test Coach, Test Management Consultant and Product Owner of Testing Tools and then transitioning to a businessman. Pradeep is the author of the book Buddha in Testing. Pradeep is also leading bugasura.io - an issue tracker for fast-moving SaaS teams. Too much about him. He is who he is because of the people. He is living a life that can be represented in one word - Ubuntu. Many good people make him.